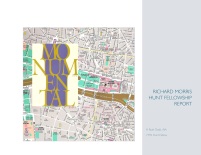 One might question the pertinence of a Final Report about a Fellow’ss experiences in 1994, 25 years ago. I invite you to read it… it is remarkable. The administrative system of heritage preservation in France is described with the minute precision of a silversmith, with a pinch of humour. It allows us to compare yesterday’s regulations with today’s rules. It is thanks to yesterday’s preservation efforts that so many monuments exist today. We can rejoice that “Patrimoine” has become a public concern, that it is now headline news on our TV screens, in the press, and even the “loto”, the French National Lottery.  → Follow this link to an article by Claire Bommelaer and Mathilde Visseyrias

The success of Ruth Todd”s professional career is an excellent example. Should we speak of the “RMHP effect”? The Fellow who set foot in France in 1994, now FAIA, today leads some of California’s most significant preservation projects, as prinicipal at Page & Turbull in San Francisco.

→ Please follow this link to the RMHP Final Reports Collection 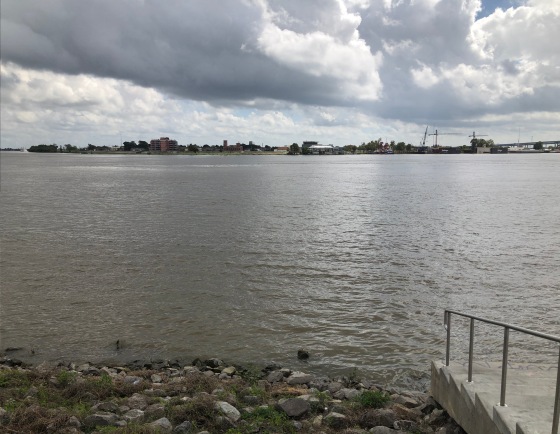 The Richard Morris Hunt Prize (RMHP) Fellows and Scholars chose New Orleans for their bi-annual reunion, in celebration of the three-hundredth anniversary of the founding of the city. Wendy Hillis, Tulane University Architect and 2007 RMHP Fellow, along with Beth Jacobs, 2017 RMHP Fellow, organized the program in this most French of American cities.

We were to experience this city of sunshine, flowers, scents, so well epitomized by Louis Armstrong’s tune, “C’est si bon”.  NOLA (for New Orleans, Louisiana) is encircled by the Mississippi River, “le Père des Eaux”, often invisible, always immense, the Lord of the whole province, the Minotaur seducer and destroyer.  Yet, after the devastation of Katrina in 2005, this town seems to have turned the page.

Sabrina Fabris, 2002 RMHP Fellow, opened the magnificent five-day event. Jumping from century to century, she fascinated an audience gathered at the AIA Architects Centre describing the rebirth of the gardens of the Chateau de Chambord.  Thanks to archived drawings of the never-completed garden, a team from the Philippe Villeneuve Agency, of which Sabrina was project manager, have brought them to life. They are now offer enchanting views. Fabris tells us, “What an honor to have been chosen as project manager by Philippe Villeneuve ACMH to supervise the re-naissance of this prestigious garden, especially when all eyes are focused on this year’s celebrations of Chambord 500th anniversary. This spectacular project was made possible by a donation given by the American philanthropist Stephen Schwarzman. Much like my research in America during my Richard Morris Hunt Prize Fellowship for a, this is another example of the close cultural relationship between our two countries.” → Follow this link to view the presentation 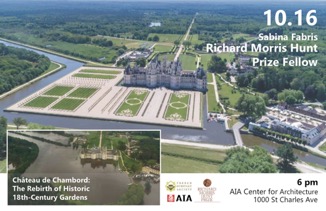 We needed to learn more about the Mississippi and its impressive estuary.  Richard Campanella, Senior Professor of Practice in  Architecture and Geography at Tulane University, enlightened us with a masterful description of the regulation of water, flow, run-off, retention lakes, and canals associated with the river… So many discoveries, so many anxiety-provoking questions.   END_OF_DOCUMENT_TOKEN_TO_BE_REPLACED

→ To see the video subtitled in English, please follow this link.

View from the nearby Lantern Tower, L. Monsaingeon, Nov. 2018

Pas-de-Calais (Northern France) – Built in less than a year’s time, the Mémorial International de Notre-Dame-de-Lorette was dedicated by French President François Hollande on November 11, 2014. Four years later, it was visited by President Emmanuel Macron on November 8, 2018, in the scope of World War I commemorations and in advance of the highly symbolic date of November 11th, which will mark the centennial of the end of the conflict which cost the lives of millions in Europe and beyond. 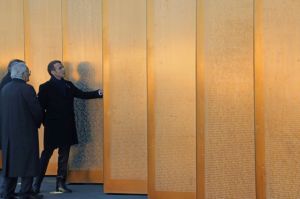 Unparalleled both in terms of its size and its intent (commemorating no victory, the monument simply lists in strict alphabetical order the names of 600,000 combattants, friends or ennemies of yesterday, united in brotherhood by death), the Memorial of Notre-Dame-de-Lorette is described by the Élysée Palace’s press file as “the most emblematic monument constructed during the commemorative cycle of the Centennial.” END_OF_DOCUMENT_TOKEN_TO_BE_REPLACED

A new title in the RMHP Final Reports Collection

Florence Declavellière is our 2016 RMHP Scholar. We could apply to her the promising phrase published in The New York Times in 1983, when I founded FHS, at the time Friends of Vieilles Maisons Françaises:  “Menestrel says that in America, the sky is the limit.”  In five weeks, Florence, truly a ball of energy, brought back a rich cargo, useful to her profession, and delivered us a Final Report to enhance the Collection.

Upon her return, Florence wrote: “ [The RMHP is] a professional recognition which, I hope, will lead to new opportunities and deepen my acquisition of a dual culture which influences me on a daily basis, as I remain part of a network strengthened through each of our biannual reunions and enriched each year with the addition of new members: truly an extraordinary human adventure in which all possibilities can be achieved.”