Stéphanie Zugmeyer, 2010 Hunt Prize Fellow and now a full-time archeologist based in Arles, participated in this Spring’s antiquities cycle organized by The CIRCLE, an Athens research forum. Zugmeyer presented an “Architectural Analysis and Interpretation of the Maison de Fourni in Delos” alongside colleague Hélène Wormser (Professor of Archeology, Université de Lyon-2) on May 10th at Greece’s National Technical University. Click here for the full program.

Highlighted during the conferences were the mosaics of the Fourni house (1st century B.C.) recently restored by the studios of France’s Musée de l’Arles Antique.

Zugmeyer is a CNRS research professional who works with the Institut de Recherche en Architecture Antique. In June, INRAA co-organized Over the Cloud, an innovative workshop on archeology and architecture in the digital age held in Aix-en-Provence.

An RMHP laureate will intervene at the 12th World TERRA Convention to be held in Lyon July 10-14, 2016. Elsa Ricaud, Architecte DEA who holds a masters in Architecture and Urban History from ENSA-Versailles, will speak at the Lyon conference.

Ricaud previously explored the topic of earthen architecture in the United States during her 2012 Hunt Prize Fellowship.

Among the various aspects and problems of this type of construction, the question of sustainability will receive special attention. 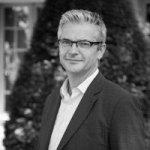 The dialogue “Conserver c’est modern” constitutes a manifesto questioning the challenges presented by the 20th century’s abundant architectural legacy. In which ways can we envision the future of this heritage? Through what kinds of interventions? How can we end the dysfunctional separation of creation and conservation?

For the full French dialogue, follow this link, or just  END_OF_DOCUMENT_TOKEN_TO_BE_REPLACED 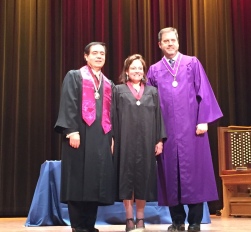 Mary Brush RMHP Fellow 2005, has joined the ranks of the American Institute of Architect’s prestigious College of Fellows, one of the highest honors the Institute can bestow upon a member, representing just 2.5 percent of the nearly 85,000 AIA members. Among the 147 new Fellows inducted in 2016, a record 22 percent are women! We now count four Hunt Prize laureates among AIA Fellows, including Pierre-Antoine Gatier (RMHP Fellow 1991), Ruth Todd (1994), and Raymond Plumey (2001).

of the Ecole Nationale Supérieure d’Architecture de Lyon and licenced to practice in her own name (HMONP) in 2015, Declaveillère is assistant to the Director of architecture and preservation services for France’s Ain district.  Florence will develop her research topic — “Riverbank Design:  From an Economic Development Tool to a Propeller for Urban Quality” in the United States. 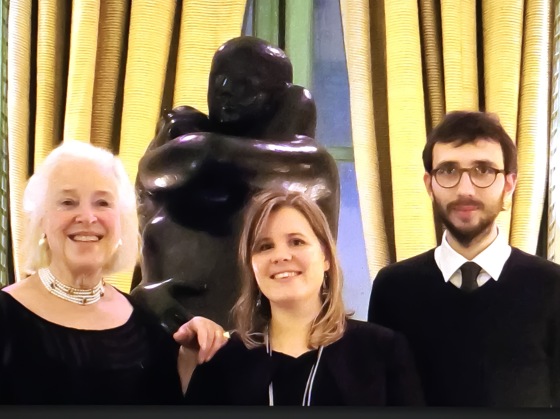 Paris, Friday, 11 December 2015 — On December 11th, the prestigious French-American RMH Prize Jury convened at the Hotel de Talleyrand in Paris, chaired by William Kerr of the AAF Board of Regents. Respecting its rule of alternating each year between American and French architects,the Jury awarded the26th RMH Fellowship to Lucas Monsaingeon and the 3rd RMH Scholar Prize to Florence Declaveillère. END_OF_DOCUMENT_TOKEN_TO_BE_REPLACED